From Rappler.com (Nov 13, 2013) Things Will Get Worse Before They Get Better

As the tragedy of Super Typhoon Yolanda (Haiyan) unfolds, the immensity of the disaster hits us like a knockout punch in the face.

It is brought to us by the vivid pictures of whole communities flattened, of people fighting desperately for food and other resources, and of death delivered to our living rooms by the magic of modern technology.

There was an uneasy, short-lived calm on the streets of Tacloban City, brought about by the heavy rains of Zoraida. It was a temporary ceasefire that hopefully washed away that reeking smell of rotting flesh, and provided our officials an extra day to ward off the harassing pleas for help coming from all over the region.

But things will get worse before they get better.

The destruction is just too massive that relief goods right now haven’t reached many isolated towns on the eastern coastline of Samar. We need more supplies to reach northwards, as well as southwards from Tacloban.

It is not a case of “relief goods not being distributed properly.” Rather it is a case of overwhelming needs. 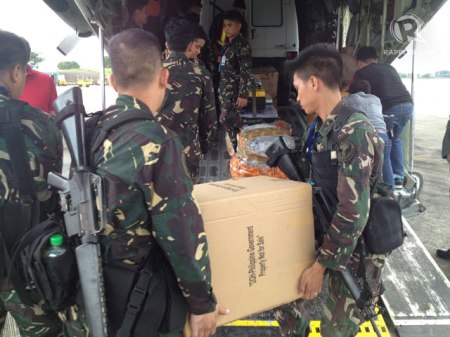 Unfortunately, people are getting hungry and desperate. That is why there’s looting as hunger, fear and pain set in. 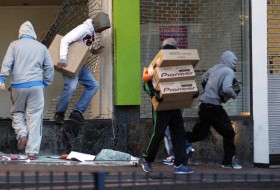 The government will have to move faster and not treat this just like any other disaster. It has its work cut out for them.

We must also hasten the establishment of temporary shelters and evacuation centers for the thousands of victims who have no place to stay. These are just some of the priority issues that must have focused leadership and direction.

One can get easily lost in the maze of functions that are interconnected. Organizing the locals for this, teaming them up with the outsiders from Manila, and further coordinating them with other foreign contingents, is part of that initial challenge of organizing the command center.

Aside from the establishment of the command center, the command’s situational awareness must be honed to the max. It must have information at its fingertips, to ensure that decision-making is sound. We are lucky to have additional air transport assets from other countries. But this in itself is a big, big challenge.

We need to get more entities involved in the transport of vital supplies to Samar and Leyte. The use of only 2 C-130s shuttling between Cebu and Tacloban is like attempting to make do with two drums of water when you need a firetruck to stop a fire. It is definitely not enough. (Editor’s note: The United States’ C-130s started arriving in Tacloban Wednesday afternoon, November 13.)

Now is the time for the Philippine Airlines and Cebu Pacific to come to the government’s help by dedicating even a flight a day for personnel and supplies. They can have the return flights to Cebu ticketed. Now is the time to mobilize our shipping lines to bring more supplies to Leyte and Samar. In times of such emergency, our air and sea transport companies should be ready to stand up and be counted.

One command, one focus

We are thankful for the massive support pouring in. Still, we need the NDRRMC (National Disaster Risk Reduction and Management Council) to invest in water purifiers, generators, solar power systems and redundant communication systems, items that have consistently been in demand in the past million or so disasters we’ve encountered in the country. We have not learned. 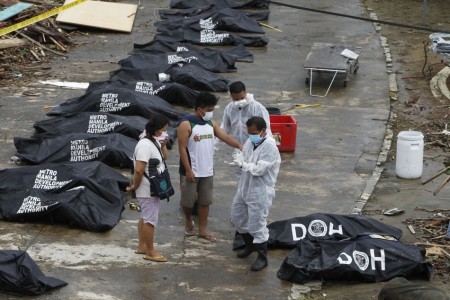 The NDRRMC has the funds to buy these and more, except that fiscal quirks provide so many constraints which practically disallow the fund’s utilization for capital outlay.

We must now be prepared for the “new normal.” That new normal says that there will be more floods, earthquakes, tsunamis, volcano eruptions, droughts and other calamities with even greater intensity. The old way of doing things will no longer suffice.

We know that our people have the resiliency and resolve to recover. But we need to get our act together.

What we need today are a centralized command, a system that’s simple, and a group that has one focus, one direction. No politics, no personal interests, just plain and simple service.

What we need tomorrow is tons and tons of preparation. All that, and God’s infinite mercy. 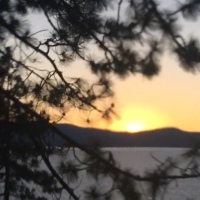 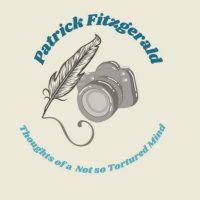 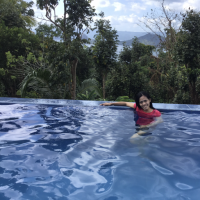 My reflections of life in general.

Refresh and start a new chapter

Thoughts of a Not So Tortured Mind

Nature & Wildlife's Beauty and Behavior Through My Lens

Second Look Behind the Headlines - News you can use...

Snippets of a Traveling Mind