Extra, extra…. read all about it…. It’s finally on!!! The fight of all fights, the match to watch, the clash of the nastiest, loudest, most villainous icons of the fight world…. featuring the best of Mixed Martial Arts: the pride of the UFC, the flamboyant, the exciting, the irreverent Irish, Conor McGregor … against the best of boxing: the undefeated, the unequaled, the one and only, Floyd ‘Money Man’ Mayweather Jr!!!

How’d you like the sound of that? Could this thing ever come true?

Sports purists say this is unthinkable. No way for this to ever happen. Today however, anything can happen. With the inroads in technology and social media, there is just so much talk and interest for this dream event. And with the UFC now gaining so much headway, and boxing seemingly on its dying throes, things have certainly changed.

There are however some obstacles for this dream bout to come to fruition. First off, McGregor is under contract with the UFC. UFC will definitely weigh in on this. They know their fighter stands to lose against Money if they fight using boxing rules. If McG loses, it could diminish the sport of MMA before the whole world.

UFC is on the verge of toppling boxing as the premiere contact sport in the world. A setback like this, where their champion is likely to be soundly beaten – by a retired boxer, albeit an undefeated ex-champ – will not look good on their record. What has UFC have to gain from this then? First obstacle.

But McG wants to bring it on, and the UFC may not be able to stop it. Looking at it from another lens, can the UFC maneuver itself to win in this scenario? Maybe they can angle a storyline so that UFC gains more brownie points and not get knocked out of the ring in the likely event of a loss to their most colorful, most sellable icon.

Next, McG’s record stands at 21 wins and 3 losses, which pales in comparison to May’s immaculate 49-0 boxing record. McG’s record purse has been pegged at $3M, Money May made a ridiculous $200M-plus in the blockbuster Pacquiao fight last 2015. May will highlight these in the purse fight. The main discussion point will lie here, if the bout is to happen. How much are both parties taking home? How much is the sharing scheme? Floyd will naturally insist on a much bigger purse, he being the ‘A-side’ of the deal. Will McG’s higher-than-high ego allow him to swallow his pride and be a paltry ‘B-side’ to that supreme megalomaniac May?

Both May and McG want the fight. They see the dollar signs, millions of them. McG is angling to make more money for himself, knowing that a UFC fighter’s competitive years are relatively shorter than that of a boxer’s. He wants to make hay while the sun shines. May is looking to add more to his bank vault as well. He also yearns for the attention he once had, thus he needs to keep himself relevant to the fight scene.

Will the fight sell?

Definitely. Both are master marketing geniuses. Both are great draws with their juicy trash-talk, their extravagant lifestyles and their bad-boy charisma. They are the meanest, loudest, biggest egos in the fight scene. They know how to milk this to the hilt. That’s the whole point of this yes-we’ll-fight-no-we-won’t back and forth discussion. It’s media hype to drum up interest. It makes Money May stay alive in the consciousness of the fight world. It increases McG’s dollar value. It’s a win-win situation for both. Hence, they want to keep fans salivating. And a lot of fans are ready to swallow the bait hook, line and sinker.

If it happens then, who wins?

If the fight pushes through, it’s a cinch May wins. McG has no pure professional boxing experience except in the MMA arena. He is definitely going to lose.

Ronda Rousey was the dominant female figure in mixed martial arts, until her lack of boxing skills was exposed by a former world boxing champ-turned MMA fighter, Holly Holms. This was later used to the hilt by Amanda Nunez, who demolished the once-regarded demigod in just 48 seconds of the very first round.

The same spectacle will happen if and when McG enters the boxing ring with May. If May were to enter the UFC diadem, it would be the other way around. McG would take some hits, before taking him down and obliterating him.

Will it be a good fight to watch?

I think not. I hate to burst your bubble here, but the hoopla, the circus atmosphere outside the ring will far outclass the action inside the ring. It will be a dull fight. Both are counter-punchers. Initially, they’ll both wait it out. May’s jabs will find their mark, McG’s won’t. Eventually, McG will be pushing forward to try to catch May. May will finish the fight peppering McG with more jabs, backpedaling all the way to the bank.

People may have forgotten this, but the late great Muhammad Ali tried a similar inter-sport caper way back in the 1976 featuring himself against a colorful Japanese professional wrestler, Antonio Inoki. It sold. But only on account of the Ali persona. It was a yawner inside the ring. Didn’t even make the sports headlines. Stayed in the papers for a day or two. A ho-hum fight, it was declared a draw; and Ali would later declare it as his least memorable fight.

Money May also milked the Wrestlemania circus once by fighting  7-foot, 441-pound Big Show in 2008. He got plenty of help from his entourage, who ganged up on the guy. Floyd would eventually knock out the man-mountain with a pair of brass knuckles coming from his friends at ringside. Anybody ever heard about that fiasco ever again?

But in the end, it’s all about the money. Always has, always will be. There is just too much money out there for this not to happen. So let’s brace ourselves, folks, as Money May and McG  take us to another one of those circus rides billed as a wild roller coaster thriller, but ultimately fizzling out into a meek kiddie-train dozer-of-a-glide. 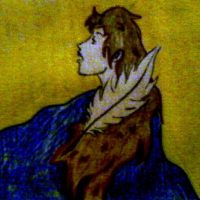 THE MESS OF THE WRITER

"SAPERE TUTTO DEL NULLA E NULLA DEL TUTTO." [If you're not italian, you have the possibility to translate all the articles in your own language, clicking on the option at the end of the home page of the blog]

Enjoying Life in the Ozarks

Living Your Life Without Limits

The other side to the knowns

Write what you feel, coz it doesn't make you fear

A Dive Into My Mind
🌍LiveTerra