Who is the NBA’s Greatest Of All Time? Is it Michael Jordan? Or Lebron James? This debate has been stirring up the basketball world for quite some time. It has resurfaced with a vengeance recently, owing to the release of that documentary series: The Last Dance, which chronicles the glorious career of MJ. And this GOAT issue will continue to be fanned by supporters of both cage giants in the years to come.

The argument as to ‘Who’s the GOAT’ has long been an intriguing point for discussion in the NBA. Iconic names such as George Mikan, Wilt Chamberlain, Bill Russell, Jerry West, Oscar Robertson and Kareem Abdul Jabbar were top-of-mind contenders during the early days of the NBA. Each one will have interesting tales to tell in defining their own careers.

George Mikan will be best remembered as the first dominant player in the NBA, prompting many rule changes in the game. Wilt Chamberlain was the first and only player to have registered 100 points in a game in the NBA, a record that is not likely to be broken in the years to come. Bill Russell would win a record 11 NBA championships in an illustrious 13-year career. The popular NBA logo was taken from the sleek-moving Jerry West. Oscar Robertson defined the concept of the all-around player, popularizing the triple-double stats for points, rebounds and assists. And Kareem Abdul Jabbar continues to hold the record for most points scored in his career, amassing a whopping 38,387 points in a record 1,560 games played. All of them will clearly form part of the NBA’s glorious history as the game’s top players of all time.

But in the continuing saga of the NBA, 2 names appear to have taken the inside track for the title of GOAT. The two are: Michael Jordan and Lebron James.

Supporters of both MJ and Lebron will argue their cases heatedly. Each one will bring up legit points to build up their cases. Still, there are others who will argue that there should be no comparison between the two, as they played in different eras, played against different levels of competition, and occupied different positions. But then the debate just refuses to simmer down. So who do you think should own the title as the GOAT?

To determine MY GOAT, I tried to think of a set of criteria from which to base my judgement. To do this, I thought that statistical analysis would be the best way to go. However, I realized that these figures must be subjected to generational differences as well. Both players are admittedly the best in their generation, but the generational style and rules will render the comparison quite subjective. MJ supporters will claim that the NBA before was much tougher, and more physical. LBJ fans will counter that the NBA today is more competitive, and even bigger and faster than ever. Hence, I felt that building my own set of criteria would give me a good headstart.

That said, I tried to make my criteria as simple as possible. First, there’s quality (the championship records) and quantity (cumulative records, durability). Looking at these 2, I thought I’d put more weight on quality.

On cumulative records and durability. Both MJ and LBJ have a ton of records under their belts, with LBJ amassing more. MJ played in a total of 15 seasons in the NBA, retiring the first time with the Bulls to try his luck on the baseball diamond; retiring a second time in 2001; and finally, retiring for good with the Washington Bullets in 2003. Lebron, on the other hand, has been in the league for 17 years and counting. He is a phenom who went straight to the NBA from high school, and thus, has collected numerous records in more categories in both the regular season and playoffs. Lebron takes this point to the bank, though not by a big margin.

But then, as I said, I’d put more emphasis on quality. Winning is key in basketball. You may have amassed so much stats in the regular season, racked up a lot of garbage points and all, but what ultimately matters is who hoists the trophy at the end of the day. Hence, the quality figures here will always trump the quantity ones.

Then I thought of coming up with a second set of criteria. I tried to look at how they fared in both offense and defense. Here, I’d put both on equal footing. There, simple as that.

On offense, despite the fact that scores nowadays have increased significantly from decades ago, MJ’s scoring average appear far more superior. I emphasize average stats because the accumulated stats are a function of durability, which we had earlier valued. No offense meant here (pun intended), but MJ was an offensive dynamo, with a killer instinct that took over in close games. Besides, MJ was masterful in creating not just the numbers, but made scoring much like a work of art to behold, particularly in the playoffs. MJ was pure artistry in motion, Lebron was more of brute force.

So there. Using 2 simple sets of tests that I thought were basics in the discussion, I found the gentleman from Chicago ahead. Further, game statistics may have changed a bit from the Jordan era to James’, but the traditional game statistics remain practically the same. Despite the overall cumulative stats for Jordan’s 15 and Lebron’s 17 seasons respectively showing Lebron ahead in many categories, the average values for the 8 traditional game stats will show us a different picture. MJ led Lebron in average points per game, despite the significant rise in points scored in the recent years, which would have favored Lebron. MJ also led in average steals, blocks (despite his lack of height), free throw percentage, and turn-overs. Lebron was ahead in average assists per game, rebounds and field goal percentage.

There are many more variables and parameters that could come into play as we discuss the finer points of the GOAT issue. With advance analytics, we now have new ways of evaluating players such as the Player Efficiency Rating (PER), Win Shares, Box Plus Minus, etc. Suffice it to say that both camps will have their valid points and will debate the issue to the death. But as for me, having been fortunate to have seen both players play during their primes, having also seen the likes of Chamberlain, Russell, West, Robertson, Jabbar, Magic Johnson, Larry Bird, Shaq O’Neil and even the late great Kobe Bryant (who we can group among one of the greatest), I would say that no one can compare to that relentless scoring machine with a solid defense from the Chicago Bulls. Now, if Lebron wins a championship with the Lakers, that would definitely close the gap between them, making this argument even more interesting. Until then, Michael Jordan, for having won more championships while accumulating numerous records, is my GOAT. Who you got?

My Friends from Across the World 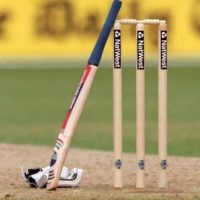 Thanks for visiting, folks!!! See you around.

Where History Meets Fiction and a Dog

A way towards me, myself and my dreams!!☺️

Spreading calm and positivity through this blog

Why choose.. lets go with both

Born to Write, On a Mission to Inspire

A Facundo. In Memoriam

do it your way.