“… We have an obligation to try this. Because the alternative is to stay on the sidelines. The alternative is to give in to this virus. This is what we do: We put on NBA basketball. We think for the country, it will be a respite from enormous difficulties that people are dealing with in their lives right now, and also on social justice issues. It will be an opportunity for NBA players to draw attention to these issues, because the world’s attention will be on the NBA and Orlando, if we’re able to pull this off.”

It’s on! The NBA restarts the 2019-2020 season with an 8-game sprint to finalize the ranking spots, before moving quickly to the playoffs! At stake is a new order, new normal crown for a new king to be hailed for all of the cage kingdom to see.

Last 1st of July, 22 teams reassembled. Players started to warm up, if they haven’t done so yet. Teams began to review or redo old plays. It is time to clear out the cobwebs, spread some oil on the rust. It is time to restart those engines, and get ready to rock… or bust. By week 2 of July, the teams fly off to Orlando, to enter a new world, with a new environment, a futuristic bubble where CLEAN is the bible truth.

Fans across the world are giddy with excitement, as the NBA relaunches to finally crown a season winner. Here are some fun facts for the season to jog your memory:

These and many more storylines are hoping to be answered as we prepare for NBA Restart 2020. With that, who do I think will come out on top of the heap? Here’s what my crusty crystal ball has to say:

“I see green in the East, with the Bucks and the Celtics eyeball-to-eyeball. But in the end, it will be the Beast upending the luck of the Irish.” The Bucks will have learned their lessons from last year. After leading Kawhi’s Raptors 2 and 0, they relaxed their guard and allowed Toronto to gain the momentum and eventually win the ultimate prize. That crown should have been theirs, had they dug their heels deeper. Now is redemption time, except that they still need to look west.

Over in the West, the series-to-end-all-series will be the Battle for LA. There will be glitter and glam as Lebron’s Lakers battle Kawhi’s Clippers. All eyes will be on the match-ups, how fast each team can capitalize on the slightest advantage. This clash of giants will be determined by who’s got the healthier, fresher storm troopers at the endgame of the battle. My crystal ball sees the Clippers outlasting the stubborn, yet definitely competitive Lakers. This will be a heroic battle of wills for the players, a cerebral battle of wits for the coaching staff. And in the end, tis the Clippers that gets crowned the best of the West, the ball says.

That said, watch out for the red-and-blue Clippers clashing with the greenshirts of Milwaukee. And in this battle between 2 of the most defense-minded teams in the league, it will be the team with the deeper bench that will emerge victorious. My crystal ball sayeth: “The newbies of El-ay, having never ever reached the Finals before, are the basketball gods’ favored son for this year. Long live the Clippers!”

Thus spake my crystal ball. Who you got? 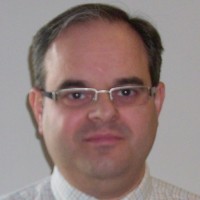 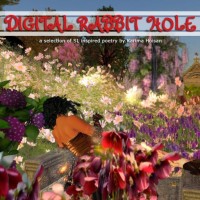 Peace be upon you!

It does not take much strength to do things, but it requires a great deal of strength to decide what to do. - Elbert Hubbard

Writing for the Soul

Dogtor B, an ex-shelter dog, became a therapy dog in October 2016. He loves to talk about his endeavors, his brother Sky, and life in general as an expat in New Zealand.

"I love to share my writings that makes me happy and satisfied."

with purity in intentions

Towards a Reading of World Literature

Tails Around the Ranch

Adventures of a pet therapist in training and his Ninja sister

Another Way of Looking at Your Business

How you enthrall, then capture...

Straight from the heart