This is a long-overdue report.

Sometime before the pandemic, I took my wife, Wit, to Taiwan to celebrate our nth wedding anniversary. It had been 30-plus years of ups and downs, and thankfully, as a popular song goes: “But fate’s been kind, the downs have been few.” So now, allow me to reminisce those sweet memories of our fun time in Taiwan.

But first, here’s a shout-out to Air Asia for providing efficient and comfortable air transport service to so many travellers at very affordable rates. If you want to travel to Southeast and East Asia on a limited budget, you cannot go wrong with Air Asia. Simply tops.

I’d also like to give Inspirock.com a big high-five for helping me plan out the trip better. Inspirock is a good app for travellers. It provides basic travel tips that sometimes get overlooked as we prepare for the complicated hidden details that go with traveling. It also provides great suggestions for places to go to once you’ve made a basic outline of your trip.

Upon arrival at the Taoyuan International Airport, we got our wifi router at the Terminal 1 Redemption Center. For those travelling to Taiwan, I highly recommend that you get one to help out with moving around inexpensively. Prior to the trip, we also purchased a Taiwan Hi-Speed Rail (THSR) 5-day pass to cover our travels. The THSR pass will afford you a cheap way to travel around Taiwan if you’re not booked on a group tour. In our case, we wanted to select choice interest spots, hence the decision not to take part in a group tour. That done, we boarded our scheduled speed train for Tainan. We were good to go!

Tainan is a city on Taiwan’s southwest coast. It was the island’s capital from the late 16th century to the late 18th century under the Qing dynasty. It is a city rich in old Chinese culture and traditions.

At the Museum for Taiwan Literature in Tainan, we learned much about the origins of the people of Taiwan. Taiwan, it appears, was not really dominated by the Chinese people long ago. There were original Taiwanese aborigines in the island, before the influx of Chinese immigrants from across the Taiwan Strait. The Museum wowed us with the basic history of the island, as well as early exquisite Taiwanese Literature, an indication of the people’s advanced culture even way before the arrival of the Dutch in the early 16th century.

We also visited an old department store with a lot of history. The Hayashi Department Store was established at the turn of the 19th century, long before the Japanese times. The Store has successfully reinvented itself, surviving a period of persecution due to the Japanese occupation.

Anping District is known for its centuries-old fortress and temples. One of its most famous sites is the Chihkan Tower, an 18th-century Chinese complex with gardens, intricately carved towers and a temple erected on the foundations of Fort Provintia, a Dutch outpost dating to the mid-1600s. Fort Provintia (literal translation: a fort in the province) is an old fort that was supposed to guard the entrance of old Tainan from possible pirate incursions from the bay.

After Anping, we ended the day with an exploration run at the local night market. Ever the adventurous foodie, Wit would try out every food item that had a long queue of customers. And we were not disappointed. We ended up with bellies full, so that moving around the crowded market became such a challenge.

The following day, we were supposed to travel back north to Taipei and beyond. However, we boarded the wrong train, in the wrong direction! Lucky for us, our THSR Pass was an unlimited-ride 5-day pass. So after explaining our booboo, we got off at Chiayi, a city in central Taiwan. Lo and behold, we were still able to catch our designated train, as we had arrived at the station quite early.

From Taipei’s huge train station, we caught another train to Luodong where Wit wanted to explore Taiwan’s farms. At Luodong, we went straight to the Fairy Story Eco Farm, hoping to see their operation there. We were fortunate to have met an angel named Luisa who helped us communicate with the locals. Luisa tried to help get us accommodated for the Farm Tour. Unfortunately, the place was jampacked with school children on an educational tour, hence we could not be accommodated. That night, we took a walk to the Luodong night market, to be regaled once again by the city’s enterprising food vendors.

The next 3 days went fast and furious. We took a biking tour around scenic Meihua Lake, and visited another farm nearby, as Wit wanted to see what new ideas she could bring home to our Gran Verde Farm back home.

We dropped by Yilan, where we toured the Yilan Distillery. We also found a cacao shop, which gave Wit more ideas for her cacao products. We also found time to view their artisan market, and witnessed a cultural show near the train station.

Our Day 4 started off really crazy. Apparently, the alarm didn’t wake both of us up (due to the wine the previous night, I guess), so it was like a scene from ‘Home Alone’ when you had the family rushing to the airport. Well, we did manage to catch the train, thanks to a daredevil taxi driver who worked his magic on the early morning traffic. We caught the train to Hualien, and that saved the day for us. Had we not, we would have missed the chance to explore breathtaking Hualien and that scenic trip to Taroko National Park. Along the way, we saw the Eternal Spring Shrine, the Swallow Grotto Trail, we walked the Chongde Trail to view the Cingchuei Cliff. We also took a quick break at Chisingtan Beach for some souvenirs. And then it was time for that train ride back to Taipei.

For Day 5, we joined a walking tour of Taipei. The tour started at the Longshan Temple, and brought us to Herb Alley, then to the Taipei Old Town Exhibit, the Presidential Palace, the Peace Monument and finally to the Chiang Kai Shek Memorial.

You think we’d be done after that long walking tour? Absolutely not! That evening, we had great fun with my long-lost mistah at the Philippine Military Academy (PMA), Chao Yung Hsueh. It was Chao Yung’s treat, and he brought along some of his university companions to regale Wit over unlimited food and drinks. Food was great, but the company was even greater.

Chao Yung had survived the gruelling physical rigors of our plebe year in PMA in 1974. We were Charlie Company-mates then, hence we had lots of good and bad times together. Unfortunately, Chao Yung had to leave us during our second year, as the Philippines had opened its doors to Mainland China, and Taiwan would have none of that. Still, the entire class of PMA 78 remember him fondly and proudly regard him as a brother, after all those hard knocks together. It was good to reminisce those difficult yet great bonding moments, over bottles of beer and wine.

Finally, on our 6th day in Taiwan, Wit decided to take just 1 more quickie-stop before our trip back to Manila in the evening. Despite the night’s boozing, we took the train once again to touristy Jiufen Village. Juifen is a quaint little seaside-mountain town which encapsulates everything you’d like to know about the island, from history to culture to food, scenery and nature. Definitely a must-see for those of you who wish to come and visit Taiwan.

Finally it was time to go back to Taipei, to pack up and prepare for the flight back home. The 5-day train pass had expired, but Wit had the foresight to buy an extra line which we used for the last day. Done packing, we then proceeded to Taoyuan Airport late in the afternoon. The train rides were a big help. So was the wifi router, which helped us navigate through the difficult Chinese signs everywhere.

What was the most memorable part of that trip? My reunion with Chao Yung. It had been 34 years since we last saw each together. He had gone on to finish his military training in the Taiwan Military Academy, and enjoyed a successful military career. After retirement, he became a university professor, up until now. Ever the cheerful and friendly fellow, he has hosted many members of PMA 78, as well as other classes, who still get in touch with him if they get the chance to visit Taiwan.

My key take-aways? The Taiwanese are a very friendly and helpful people. On many occasions, we found ourselves being given the extra help – in finding directions, in looking for cabs or other transpo, in choosing good food, or whatever. The Taiwanese will go out of their way to help you.

Taiwan has a very proud and rich history. It is very progressive, despite its small land area and its relatively small population. Its main assets are its people. Hard-working, honest, fiercely independent and proud.

To Chao Yung and the Taiwanese people, my salute.

Join 3,447 other followers
Follow Color My World on WordPress.com 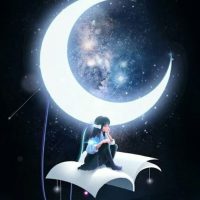 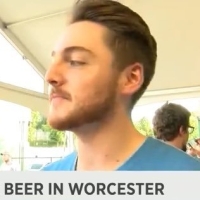