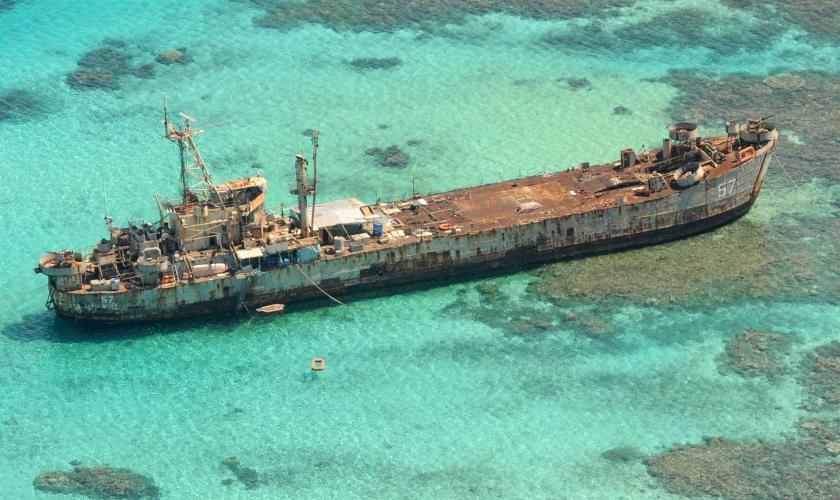 It is time to call a spade a spade. In a recent China Daily editorial, Chinese propagandists have branded the Philippines as a country that is trying to bully China. The state-run China Daily wants to make the Chinese people – as well as the world – believe that the Philippines, together with Vietnam and Japan, are driving tensions in the Asia-Pacific region by ganging up on it. The article accuses Tokyo, Manila and Hanoi of being “cronies” of an “outside instigator,” which it refused to name. China further blamed the Philippines, Vietnam and Japan of “reneging on their claims of a shared commitment to peace and the peaceful resolution of the disputes through their words and deeds”. Really now? Is it really possible for the Philippines to bully a superpower like China?

China would like the world to sympathize with them, claiming that they alone are the rightful claimants to the South China Sea. Chinese propagandists insist that the concept of ‘historic waters’ empowers their government to legitimately claim broad control over the South China Sea, deliberately ignoring the fact that fisherfolks from the Philippines, Vietnam and Borneo have long been sharing the same fishing grounds peacefully, and have explored the same islands, rocks and reefs for centuries. And for that matter, long before the Chinese seafarers learned to stretch their sea legs, Malay ships were already plying these seas, even bringing Chinese merchants and pilgrims to places as far as India in the 5th century. (For more on China’s historical evidence, pls read “Historical Fiction: China’s South China Sea Claims”.)

China claims about 90 percent of the potentially oil and gas-rich South China Sea, while the Philippines and Vietnam as well as Brunei, Malaysia and Taiwan have overlapping claims. The past years, China has steadily increased its pressure, blocking other countries’ attempts to provide supplies for the people in their islands, and sending patrol ships to intimidate their fishermen.

Recently, following the deployment of a Chinese oil rig to waters 240 kms off its coast in the South China Sea, Vietnam sent its Coastguard in an attempt to dissuade China from proceeding with its exploration. Water cannon fights and ‘boat bumps’ were resorted to, but the Chinese rig, protected by more than a hundred military ships, planes and fishing vessels, have remained.

As a result, anti-Chinese violence flared in Vietnam last week, with scores of casualties prompting China to send planes and ships to evacuate members of the Chinese community working in Vietnam. Vietnamese Prime Minister Nguyen Tan Dung, in a strongly-worded statement on the breakdown of ties with Beijing, said that Vietnam had sought to use dialogue to settle the situation, but the response from China had been an increase in force and intimidation. “Vietnam is considering various defense options, including legal actions in accordance with international law,” Dung said. “I wish to underscore that Vietnam will resolutely defend its sovereignty and legitimate interests because territorial sovereignty, including sovereignty of its maritime zones and islands, is sacred,” he said.

Last March, after years of trying to exhaust all political and diplomatic avenues for a peaceful negotiated settlement of its maritime dispute with China, the Philippines formally submitted a case to an arbitration tribunal in The Hague, challenging China’s claims to the South China Sea. It was the first time Beijing has been subjected to international legal scrutiny over the waters, a clear affront that has embarrassed them no end. With the case, China’s image as a benevolent and peace-loving neighbor has been totally disproved. With Vietnam’s violent reactions to the China’s oil rig exploration, the Chinese have been exposed for what they truly are: as the arrogant bullies trying to snatch the whole South China Sea for themselves.

China recently established a large military base camp in Yongxing Island, some 300 kms southeast of Hainan. The military camp will necessitate a bigger legislative entity that will provide Beijing the opportunity to “exercise sovereignty over all land features inside the South China Sea,” including more than 40 islands that it claims are now occupied illegally by Vietnam, the Philippines and Malaysia.

China’s efforts to slowly grab our territories started in the mid-90s, when Chinese-built structures on stilts were discovered in Mischief Reef (Panganiban Shoal), only 155 nautical miles from Palawan. The Philippine protested, but this was simply rejected by China. Since then, China has slowly but surely been occupying islets and reefs well within the Philippine-occupied 8-island chain on the Spratlys. Developments have shown that China has built new structures surreptitiously in Kagitingan Reef (also known as Fiery Cross); Calderon Reef (or Cuarteron); Gaven Reef; Zamora Reef (or Subi); and Chigua Reef (or Dong Men Jiao Reef), all of which are found dangerously close to the eight islands that the Philippines claims are part of Palawan province in the southwestern Philippines.

Last April 2012, Chinese ships occupied Panatag Shoal (Scarborough Shoal). Panatag is just 219 kms away from the shores of Zambales, well within our EEZ. In contrast, it is 857 kms away from Hainan Province in China. The Philippine Navy arrested a fishing vessel and found giant clams, corals and live sharks in its hold. Chinese maritime surveillance ships came to the rescue of the other fishing vessels, causing a dangerous stand-off. An agreement to withdraw was reached, but as the Philippine vessel left, the Chinese did not comply with it, and instead, constructed a barrier at the entrance of the shoal.

At the Ayungin Shoal, Chinese ships stand guard at a permanent Philippine installation, the BRP Sierra Madre. This ship was deliberately placed in Ayungin in response to China’s creeping occupation of nearby Mischief Reef. Ayungin is just 194 kms west of Palawan, while it is 821 kms from Hainan.

As we speak, China is now conducting reclamation in Mabini (Johnson South) Reef, despite being a signatory of the Declaration on the Code of Conduct of Parties in the South China Sea. The declaration clearly stipulates that claimants will not do anything that could complicate the territorial row like building structures in disputed areas.

China is clearly building structures and facilities in the shoals, reefs and other land mass it seizes in the contested territory. The objective is to ensure that they have a strong physical presence in the islands and reefs so that it will be difficult for the international courts to make a decision against them in the future. China is prepared to invest men and resources, just so they can seize the rumored oil and gas in the area. They have the luxury of time, they have a  huge manpower and resource base, and their economy is expected to grow even bigger in the future. These intimidating actions are certainly not consistent with their claims of being bullied.

But what China’s leadership fails to see is that by behaving like a spoiled brat, it is actually losing friends. Not just in South East Asia, but across the globe. Friendship cannot be bought. Neither can it be forced. The image China portrays by insisting that it has sole right over the entire South China Sea negates the goodwill it has painstakingly tried to develop. And the negativity this draws will haunt China in that it can no longer find a true and permanent friend it can trust. True, there will be those who will bow to the economic giant, but when push comes to shove, expect these same characters to be the first to jump ship.

Contemporary wars have changed dramatically over the last few decades. Wars nowadays can no longer be won solely by conventional military might. Victory, in order to be sustainable, must be achieved by building rather than destroying, by connecting rather than dividing, and by caring as opposed to discriminating. The heroes of today are no longer the guys who win the race, but the guys who can bring in as many other runners across the finish line.

China can be that hero. But it has to learn, it has  to listen, it has to show empathy. The ideal we must set – under the present global conditions – is that the more friends we have today, the lesser potential enemies we have tomorrow. 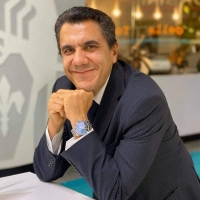 Andy and I miss Dougy