East of Negros Oriental, and southwest of Bohol, lies a small, mysterious island that up to a few years ago, few people dared to trek. It is an island notorious for curses, hexes, sorcery and black magic. It is an island where dark tales of the ‘aswang’ and the ‘engkantos’ are used to terrify visiting, as well as, local folks. It is an island with a reputation as sick as its name. This is the island of Siquijor.

As a kid, I remember the old folks threatening us to behave lest we be banished forever to this dreaded island with the terrifying name. Be good, children, or suffer the wrath of Siquijor’s mystic creatures!!! It left quite an impression on us young kids, and for the longest time, we would think nothing but the worst about the island.

Siquijor’s scary reputation is believed to have developed when it was discovered by the Spaniards in the 1500s. It is said that the island gave out an eerie glow at night. This was brought about by the swarm of fireflies that lived in the molave trees that were abundant in the area at that time. This prompted the Spaniards to call it “Isla Del Fuego” (Island of Fire), from whence developed part of its mystic reputation.

And for the longest time, Siquijor’s notorious image would haunt any efforts to promote development in the area. Tourism before the turn of the century was practically zero. No one wanted to tangle with the evil spells and the sorcery that could follow you even after you had left the island. Thus, up until a decade ago, Siquijor would remain cloaked in mystery, shrouded in its sad, sick reputation.

Of late though, things have been slowly changing. Siquijor’s community leaders have seen the folly of maintaining that scary image, and their efforts have gradually made progress. Tourism, once a zero, has started to perk up. Precisely because it was a place no one knew much about, the island remains an amazing frontierland. Originally notorious for its witchcraft and mystery, tourism in the island has barely scratched the development phase. And curious groups have started to line up to give it a go.

That’s when our adventure-loving family decided to see for ourselves what the island was all about.

My son, Carlo, had been enjoying his stint as a dive instructor in nearby Dumaguete then. It was his idea for us to visit him and his new bride, Freedom; and to take a quick trip to this mysterious island of ‘duwendes’ and engkantos’ and huge spirit-infested balete trees.

“A noble idea indeed!!!” I chimed in, after the wife hinted that it would be such a treat to go visit them.

Aly, my ever-intrepid adventurer-of-a-daughter, was all over it. She, together with the rest of the womenfolk of the Holgy Family, clearly out-talked, outsmarted and outranked any attempts to overrule the grand plan. It had been grandiosely visioned. Decreed. Nay, it was the LAW. PERIOD.

Yup, it was on a wonderful sunny summer day when the Holgy Family trooped to Dumaguete for a quick visit to Carlo and his wonderful new bride, Freedom. And after a brief stay, it was onward to magical, mysterious, mystical Siquijor.

And it was a great bonding time for the Holgys indeed. Erasing old fears, enjoying the sights, taking cheap thrills, supporting Siquijor’s efforts to wipe clean its sick reputation.

We had so much fun out there. We toured the island in our rented motorbikes. We took a dip at the Cambugahay Falls, visited the churches, felt the awe ogling the old enchanted Balete tree, and tried cliff-jumping at Salagdoong Beach. It was an adventure trip that took care of the old, old fear that needed exorcising. We had fun!!! And so can you! Come and visit Siquijor.

(For a closer look, just click on the pics. Feature photo from: Pinterest. Other pics courtesy of: Travel Book, Trip Advisor, Trip 101, The Charger Voice, Dumaguete Info, Be My Travel muse, Chosen Philippines.)

Join 3,457 other followers
Follow Color My World on WordPress.com 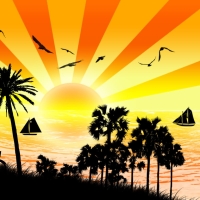 mary.altervista.org/
THE PRODIGY OF IDEAS