The saga of this year’s Brooklyn Nets is one for the books. At the start of the season, they were tagged as the heavy favorites to take the Eastern Conference title, and ultimately the NBA crown. With 3 of modern-day NBA’s most creative, most prolific scorers in Kevin Durant, Kyrie Irving and James Harden, the Nets were taking the eventual champs Milwaukee Bucks to school in last year’s playoffs before disaster struck. Consecutive injuries to Harden and Irving would leave Durant to fend for the team alone, eventually causing the team’s elimination in 7 grueling games, the last via a hard-fought overtime. Just imagine if a healthy triumvirate had been there to do battle with the Bucks. This year, they had hoped that a fit triumvirate would finally get the team to the promised land. Everything looked rosy for the Nets and their fans at the start of the season.

But then, disaster struck again.

That disaster came by way of a New York COVID mandate for unvaccinated individuals in indoor public spaces, effectively disallowing the mercurial Kyrie from playing in New York (and in Toronto for the same reason). What would have been a glory year for the Nets suddenly turned out to be a nightmare of sorts, as the team found their prized superstar unable to play because of his stand against vaccination. Still, the team remained patient in the hope of a change of heart in time for the playoffs.

But as the season progressed, it was clear that the absence of Kyrie was denying them of some great opportunities on the court. At first, Durant and Harden tried doggedly to move the team forward on their own, even getting the Nets to lead the Eastern Conference for a period of time. But having an available, yet unused superweapon in one’s armory in the middle of a serious firefight was clearly bugging the minds of the foot soldiers.

So the team would soften up a bit, allowing Kyrie to play in those ‘away’ games. Coach Steve Nash then tried to device 2 different ways to play – one with a line-up without Kyrie on home games, and the second with Kyrie on ‘away’ games. It was like a Jekyll and Hyde scenario, and it turned out to be a maddening situation. What’s more, it would create a crazy, unhealthy environment where naughty fans – and players – thought of giving away games just to get the lower playoff slots. Getting the 7th or 8th slot in the playoffs would allow the Nets to get more ‘away’ games during the playoffs, games where Kyrie would be able to play.

This uncertainty and the extended minutes of play for KD and James would soon take its toll. KD would miss games with injuries, James would find himself exhausted and exasperated. As for Kyrie? He was standing pat on his decision not to be vaccinated, and thus undermine the Nets’ campaign this season. Something had to give.

Things finally unraveled when James Harden announced he wanted out of the craziness of it all. James had sacrificed much of his scoring when he joined the Nets, as he concentrated on providing the much needed assists to KD, Kyrie and the rest of the team. From being the league’s top scorer for a number of years, he transformed himself for the team, acting as chief facilitator and involving everyone with his court sense. But his major value-add was in tipping the scale in KD’s favor as the team’s top dog. Prior to James’ arrival in the team, KD’s alpha dog status was challenged by Kyrie. James’ arrival had settled that issue. James’ exit now puts the team back in limbo.

With Ben Simmons replacing Harden, there is undoubtedly a major improvement on the defensive end for the team. Previously branded as an ‘all-offense, so-so defense’ team, the Nets are now sending a message that their defense can no longer be taken for granted.  On the offense, Ben can be the ideal facilitator and occasional slasher as there is enough outside firepower in KD, Kyrie, Patty Mills, Joe Harris and Seth Curry. Ben will definitely be a great addition to the team, along with new transferees Seth and Andre Drummond. Along this line, it would look like the Harden-for-Simmons trade was a winner for the Nets.

But the team’s performance bottomline will depend on Kyrie’s status and its effects on the team’s chemistry. If New York’s COVID mandate relaxes in time for the playoffs, then Kyrie is able to finally play full-time. This bodes well for the team. This will somehow provide better stability and continuity for the coaching staff. The team won’t have to tank some games, and they won’t have to go for the 7th to 8th spots in the playoffs.

But it doesn’t end there. The next question would be: who takes the alpha-dog position for the team? Who’s likely to take the last shot for the team? Who leads the pack? Who’s Robin to the Nets’ Batman? Remember that Kyrie left Cleveland – and no less than King Lebron James himself – because Kyrie wanted to be the top dog in a team. When he failed to take a talented Boston Celtics squad to the promised land, he colluded with KD to try to bring the crown to Brooklyn. With the Brooklyn Nets, he left for personal reasons when Harden joined the team, and wasn’t really saddened by The Beard’s departure for Philadelphia. That tells us a lot about his outlook on the team’s pecking order. Unless they’re able to resolve this issue, the Nets will just be another contender watching the title fight from the fringes.

Join 3,455 other followers
Follow Color My World on WordPress.com 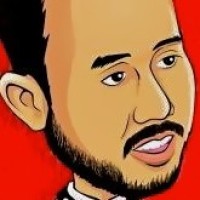 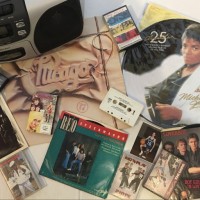 MARY
THE PRODIGY OF IDEAS