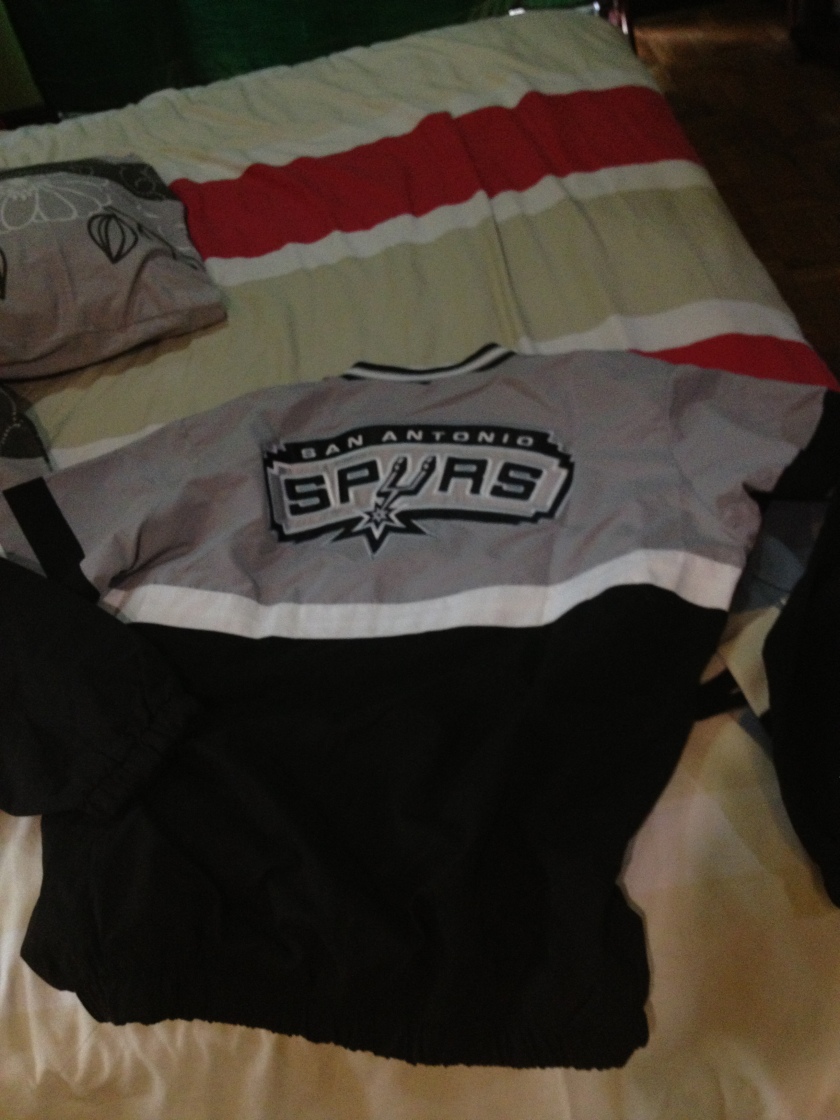 Gotcha! Some of you loved the title, a lot of you didn’t like it one bit, and then there are those of you with that quizzical look, asking: “What? Did I miss the series or what?”

This would have been today’s sports headline if the Spurs hadn’t bungled a 5-point lead with just 28 seconds remaining in what seemed to be the last game of this year’s NBA season. But no, our cage gods would have none of that. The gods in hoop heaven have rewarded us diehard fans with a pulsating heart-attack-of-a-series, and instead of a celebration in Alamoland tonight, we are going for a one-game, winner-take-all, kill-or-be-killed, epic fight to the finish between two of the best basketball cults in the world today.

So how will the news look like two days from now? Will the Heat, momentum now on their side, and with a riotous hometown crowd as back-up, finally break the win-loss pendulum trend? Or will the Spurs, spurned in game 6, be able to make the necessary adjustments to steal THE game? Here’s a sneak preview of your sports page after the Heat take their second consecutive NBA crown:

“Don’t ever underestimate the heart of a champion”. These were Coach Rudy Tomjanovich’ words after his Houston Rockets – struggling throughout the regular season – retained the NBA crown in a classic come-from-behind fashion more than a decade ago. These words ring true once again, as the Miami Heat, their backs against the wall and needing two consecutive wins over a fundamentally-sound and methodical San Antonio Spurs, overcame all odds to recapture the NBA crown they had won more convincingly last year.

Lebron James was declared MVP for the second year in a row, providing the points and the poise to lead his team to the promised land. Lebron knew that his strong drives to the hoop would be met by a second or even a third defender. He instead dished out the needed assists to Dwyane Wade, Mike Miller, Mario Chalmers and game 6 hero, Ray Allen, for a more balanced Heat attack. Lebron also delivered much-needed support on the defensive end, helping the beleaguered Chris Bosh in his face-off with the eminent Tim Duncan.

Coach Eric Spoelstra succeeded in deciphering the Spurs swarming, collapsing defense by using Lebron primarily as the drive-and-draw attack bait. On the defensive end, Bosh, Chris Anderson and Udonis Haslem connived to tie up Duncan’s inside game, while the tandem of Chalmers and Norris Cole succeeded in putting the cuffs on the ever-dangerous Tony Parker.

But wait, what if the Spurs douse cold ice on a hapless Heat? Could we be reading these lines instead?

The San Antonio Spurs, riding on the coattails of the dazzling Tony Parker, outlasted the defending champs and this season’s heavy favorite, the Miami Heat, to win their 5th NBA crown! The Spurs used a superb mix of near-flawless outside sniping, coupled with Duncan’s consistent inside forays, and a swarming defense that collapsed on every Heat drive to the basket. This solid performance on both ends of the court paved the way to their first crown ever since 2007.

Notching his second playoff MVP award, Parker provided the spark that had the Heat defense scrambling in all directions. He had the uncanny ability to make the right decisions, whether to take the shot, or pass outside to his 3-pt snipers, or inside to a cutting Tim Duncan. Despite the hamstring injury that has obviously hampered his speed, Parker gave the Heat defense fits. Danny Green and Gary Neal kept the Heat defense from collapsing on Duncan. Added to that, Manu Ginobili provided a pesky variation in the offensive rotation. The Heat could not solve the Spurs outside-inside balanced offensives. And this forced the Heat to slow down their offensive tempo.

With the Heat offense slowed down, Duncan was able to demonstrate his defensive dominance under the paint clearly. Duncan, with help from Tiago Splitter, Kwahi Leonard and Ginobili, gave the Spurs a clear edge in the rebounding department. Coach Greg Popovich’ winning formula was anchored on a strong defense that would neutralize Lebron’s drives and denying the Heat’s running game, coupled with a balanced attack from outside and in.

So there. An epic cage war that has become a cerebral chess match. Where the outcome will depend on how fast the other adjusts. Where a single miscue could cause victory or defeat. Where one team will rejoice in victory, while the other has to deal with the what-ifs for the rest of their lives. Which one shall it be? Will the gods favor the flashy, the red -hot, the exciting Heat? Or will it be the grey, the drab, the workman-like Spurs? Your guess is as good as mine.

(For a review of how we predicted this playoffs would go, take a back peek at: https://cbholganzablog.wordpress.com/2013/05/07/the-nba-wars-heat-up/)