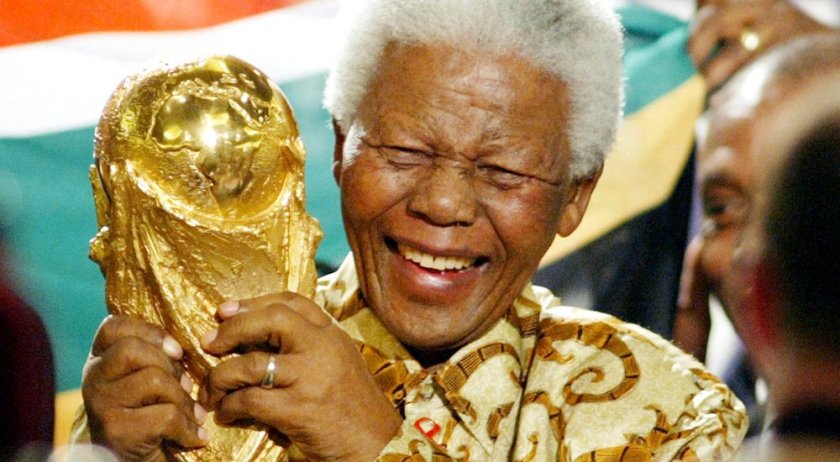 Indeed, no other statement can best capture the importance of sports. Sports has the ability to unite people. It builds trust and teamwork. It develops leadership, character, and nurtures the values of good sportsmanship, fair play and respect for your fellow competitors. It can help develop social cohesion, and serve to heal enmities between warring groups.

The movie ‘Invictus’ is based on a true story of how Mandela strove to solve the racial problem plaguing South Africa. In the movie, rugby played a key role in bringing about change, and a better attitude of tolerance and acceptance between the warring majority blacks and the minority white Afrikaners. Nelson Mandela was never a rugby player. Rugby was in fact a bastion of the white society, hated by the blacks as a symbol of oppression and racism. But by embracing the South African national rugby team in the finals of the 1995 Rugby World Cup, he would score a crucial point against apartheid and provide a game-winner for racial unity.

And when South Africa’s team, fondly called the Springboks, finally won the tournament, the whole country – blacks and whites – rejoiced into the night, united for the first time in its history in one delirious celebration. This would create an atmosphere of hope and understanding, and avert a potential civil war. Mandela would then achieve his life’s goal of creating what seemed almost impossible then: a stable, multi-racial democracy.

He would once again use the power of sports in the 1996 edition of the African Nations’ Cup Football Championship – which South Africa won with a multi-racial crew; and again when South Africa hosted the 2010 Soccer World Cup. But his defining moment will always be the 1995 Rugby World Cup. This was a time when white supremacists still had a profound influence over the minority whites, and the threat of the country being torn into several pieces remained strong.

So much has been said about the life and times of the great Nelson Mandela. It is only fitting that we too pay tribute to him as a sportsman, for elevating sports in a manner no one else can.

Long before Mandela, we have witnessed the magic of sports. Jackie Robinson opened doors by becoming the first African – American to join Major League Baseball. The long-drawn cold war between US and China began to thaw with what is now known as the ‘ping-pong diplomacy’ in 1971, when the US Table Tennis Team was invited to visit and play exhibition games in China. Even as far back as World War I, soccer offered a brief respite for the tired and weary soldiers involved in the ugly trench warfare in Belgium. Here in the Philippines, the insurgency is known to simmer down, and the crime index plummets to near-zero when Manny Pacquiao goes to the ring to fight.

But it was Mandela’s political genius that showed us that sports indeed has the power to change the world. Sports was the glue that unified a fractious South African people. Sports provided endless opportunities for developing relationships, and for promoting fun and laughter. Mandela imparted poignant lessons in his brand of humanity through sports. Perhaps it is time for us to sit back and learn our lessons from this great icon.

Rest in peace, Nelson Mandela, you have served the world well.