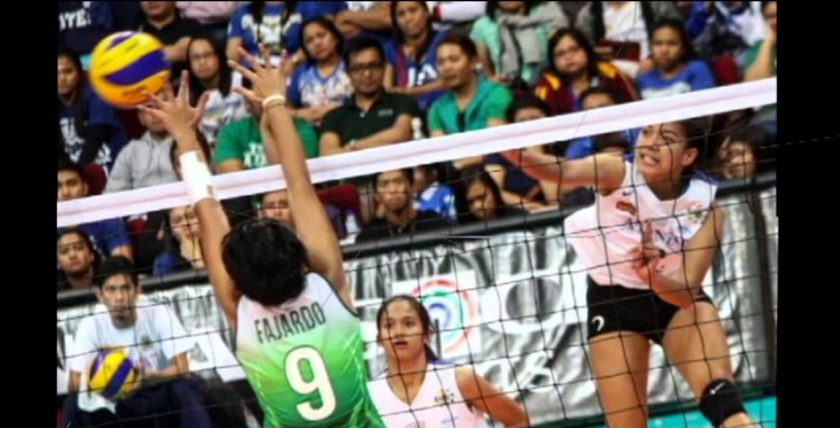 May 7, 2016 cbholganza Sports 4 comments
That movie script couldn’t get any better than this. For four long years, two of the most fancied warriors in the UAAP had met in mortal combat, battling in the Finals each year for crown and glory, for bragging rights, for all the marbles and more. Twice, the forest-green Archers would shoot down the sky-blue Eagles. Twice too, the soaring Eagles would claw back to savage the hapless Archers. Displaying 2 crown-jewels apiece, the two magnificent gladiators returned to the ring one last time, each one bloodied and battered, yet neither unbowed.
This was the “Fight of the Decade”. This was the rivalry that would catch the imagination, not just of the loyalists in green and blue,  but of the rainbow colors of the UAAP and the entire country as well. This was the Yco – Ysmael duel that popularized Philippine basketball in the 60s, the Crispa – Toyota face-off that mesmerized the fans in the 70s, the Larry Bird – Magic Johnson match-up that elevated the NBA in the 80s, and the Mayweather – Pacquiao extravaganza that was a global rage last year. This was the rivalry that would consistently rake in record numbers in gate attendance, elevating the popularity of women’s volleyball, and making it at par with basketball as the most-watched sporting event in the country today.
This year, with the reigning MVP and the face of women’s volleyball today – the alluring Alyssa Valdez – leading the pack, Ateneo entered the finals hardly breaking a sweat. Dusting off a young, pesky and determined UP Lady Maroons team in their semifinal showdown. Oozing with calm confidence, and flaunting a ‘play happy’ brand that would befuddle the opposition no end.
La Salle, on the other hand, had to pass through a proverbial gauntlet, almost bowing to the unfazed FEU Lady Tamaraws. La Salle would need to go thru a do-or-die, winner-take-all gut wrencher-of-a-series against FEU. They would need their collective talents and more to exorcise a catastrophic collapse after taking the first 2 sets in their penultimate game 25-15, 25-23, and then collapsing in a maze of errors 23-25, 21-25, 14-16. Thankfully for the Lady Spikers, they would wake up from that stupor to take the crucial 3rd game in 3 straight sets, 25-15, 27-25, 25-21.
And so it was that for the final time in their 5-year feud in the UAAP, Alyssa and the other seniors in blue – that amazing Aussie Amy Ahomiro, and the silently-effective Mae Tajima – would be meeting their equally-talented counterparts in green – the confident Mika Reyes; the finally injury-free Ara Galang; the simple Cebuana, Cyd Demecillo; and those steady relievers Carol Ann Cerveza and Mae Esperanza.
In a game between the tested (La Salle) and the rested (Ateneo), La Salle drew first blood with a stunning 3-set shellacking in the first game 25-22, 25-22, 25-21. Before 19,921 screaming fans in the Smart Araneta Coliseum, the Lady Spikers would dig deep, play cool, and cover the net superbly to crush Ateneo’s vaunted aerial attacks.
However, in Game 2 of this protracted war, Alyssa would come alive to snatch victory from 2 sets down, 18-25, 26-28, before scattering a barrage of bombs 25-17, 25-16, 15-11, to tie the best-of-three series at 1 apiece! To the mixed relief and disbelief of another sell-out MOA  crowd numbering 20,125. Shades of the monumental collapse against FEU!! With the momentum shift and that confidence-builder going for the Eagles, most of the fans felt that Alyssa and the Ateneans would once again upend the Lady Spikers for the crown.

But the gods of volleyball Nirvana had evened up the playing field this time. The earlier 5-set loss to FEU turned out to be a blessing in disguise. Taking inspiration from their recovery in the face of that similar possible heist by the Lady Tams, La Salle came prepared to prove that this time, the ladies from Taft were toughness personified.

Riding high on the momentum of their Game 2 win however, Ateneo would jump the gun at the opening bell, 25-19. Before 22,848 loud and boisterous fans at the Araneta, Alyssa was untouchable, and their defense was impeccable, with an unusually stronger net blockade that stymied  the green offensive line. Two more sets and they would capture a coveted 3-peat crown, something very rarely achieved in the league.

But that magical run would finally end. With Kianna Dy, Ara Galang and Cyd Demicillo asserting themselves with their offensive forays. With Kim Fajardo orchestrating the offense with military precision. With the diminutive digger Dawn Macandili taking charge of the back defense. With Majoy Baron and Mika Reyes establishing full mastery of the net war. And finally, with the hunger for the title and the return of the swagger of old – as epitomized by their former kapitana, Aby Marano. Displaying their own ‘enjoy the game’ brand of swag, the Lady Spikers would reverse the tide and stamp their class in the second set, 25-21.
It would be all downhill from there. La Salle’s Lady Spikers had found their rhythm, and they would be relentless in keeping the Katipunan crew at bay.  Alyssa’s outside hits and second line drives – the key to their miraculous comeback in the second game – were well-guarded with a double or triple canopy coverage. Errors started piling up as the offense sputtered. La Salle would make the last two sets look simple and easy. There was Baron blocking and Dawn defending. There was Mika mocking and Kim controlling that well-distributed offensive, even getting in the act herself. Most of all, there was that new darling of the green and white, the unheralded, unassuming Kianna Dy.

KD. As in Kool and Deadly. KD as in killer drives. KD as in kaboom delivered! KD had oh-so gently inched her way into La Salle’s star-studded first team this season. This time, when it mattered most, KD would go berserk. As in Katipunan Demolished! Kudos, KD, you are truly deserving of that Finals MVP.

Ateneo’s glorious two-year reign has ended. La Salle is back on top. For five years, the rivalry has given us topnotch drama and action. It has gifted us with thrilling moments and poignant scenes on and off the playing courts. This match of epic proportions, thru a five-year journey with numerous peaks and valleys, may well signal the sunset of an intense rivalry, and the end of a great, unforgettable era. Join me as I toast those magnificent ladies of UAAP women’s volleyball.
For more on UAAP women’s volleyball, pls click:
Ateneo Lady Eagles Believe They can Fly
Hats Off to ‘Heart-Strong’ Ateneo
FEU Lady Tams heat Up the UAAP Women’s Volleyball Season!!!
(Pics courtesy of sherwin vardeleon, pinoymanila.com, purip.com, rappler.com, gmanetwork.com, interaksyon.com, yahoo.com, inquirer.net, onlinenewsbalita.com, journal.com, mb.com.phphilstar.com, arvin lim, allpinoynews.com)