Happy 100th birthday to a sportsman, leader and modern-day hero! May the world learn to emulate the nobility and humility of this great man. Here’s a simple tribute to you, Madiba!!! 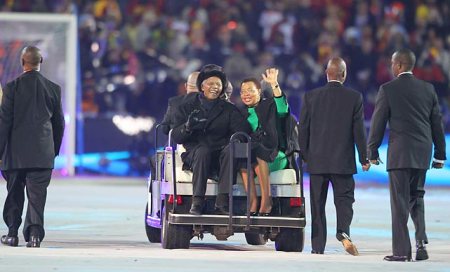 Acknowledging the achievements of a united South Africa.

Indeed, no other statement can best capture the importance of sports. Sports has the ability to unite people. It builds trust and teamwork. It develops leadership, character, and nurtures the values of good sportsmanship, fair play and respect for your fellow competitors. It can help develop social cohesion, and serve to heal enmities between warring groups.

The young Mandela tried his hand in boxing.