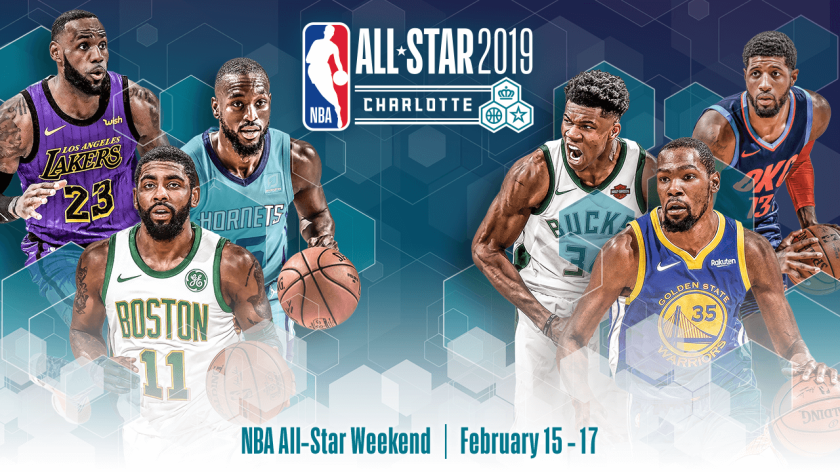 The NBA All-Star extravaganza is once again upon us. And once again, we have an exciting playground pick-up game format where 2 ‘captains’ get to choose who plays for their respective teams. Unlike the decades-old Eastern vs Western Conference format, this new concept introduced only last year allows for new player line-ups that make the match-ups and team-ups fresh and quite intriguing.

And for the first time, we witnessed a special NBA All-Star Draft Show last Thursday, where Team Lebron and Team Giannis were formally presented.

And as the proverbial ‘smoke of battle’ cleared, the array of forces were finally revealed. Each captain differed in their team-building approaches, but by and large, both teams were oozing with talent.

For Team Lebron, the starters (by order of selection) were: Kevin Durant, Kyrie Irving, Kawhi Leonard, and James Harden. For his Reserves, Lebron chose: Anthony Davis, Klay Thompson, Damian Lillard, Ben Simmons, LaMarcus Aldridge, Karl-Anthony Towns and Bradley Beal. His third round Special pick was a no-brainer, as Dwyane Wade has long been a priceless partner and friend.

Who gained from how the selection went? If there was a clear winner in the draft, I’d have to say it was Lebron. His squad is definitely more talented and definitely far more experienced. And based on the fun and fan-happy flavor of this mid-season show, expect the scores to go sky-high as defense goes out the window; while speed and offensive wizardry are given the spotlight. Talent will usually win these games.

Lebron ended up with more MVP trophies, with 3 former or current MVPs (himself with 4, Durant – 1, and Harden – 1). Giannis also has 3 MVPs (Curry with 2, Westbrook – 1, Nowitzki -1), although Dirk of course is no longer competitive at the highest level.

As for experience, Team LeBron has a starting lineup with a combined 41 trips to the game compared to only 20 for Team Giannis. Lebron has 12 veteran All-Stars in his roster, with only Ben Simmons as his lone rookie. Giannis has only 9 veteran All-Stars, electing instead to go for a surprising 4 rookies in this All-Star extravaganza (Middleton, Russell, Jokic and Vucevic).

Most cage fanatics will say that Team LeBron has the better starting unit and the better bench. Giannis could have taken in more veterans in the 2nd round, starting of course with the much in-demand Anthony Davis. Unfortunately, Giannis would choose loyalty over talent, choosing Kris Middleton first in the 2nd round instead. Giannis apparently favored the youngsters, the greenhorns (taking all 5 first-time All-Stars, although Simmons would later be traded for Westbrook). Giannis also wanted to create a European flavor, with him plus the two Nikolas, both first-timers to the event, and the venerable Dirk in the team.

Giannis’ advantage will be in the height and heft category. He has more players north of 6’ 10”. He could have gotten Anthony Davis with his first pick in the second round. He could have showcased a complete team of 6’ 10” and above if he did not let go of Ben Simmons. In a grind-out match with defense given more thought, this would have made a big difference. Unfortunately, the nature of the razzle-and-dazzle All-Star Weekend Show takes most of the defense away. The players seeing action will be there to play. Yeah. Soft, fun, fan-friendly play. They will refrain hard contact that could lead to major injuries.

And yet another personal win for Lebron is the fact that many members of Team Lebron are impending free agents. This would be a golden opportunity for him to do private talks on ‘future plans’.

The All-Star weekend starts this Friday, Feb 15, with the Rising Stars, pitting the best NBA rookies and sophomores from the USA with those of the rest of the world. Team USA will feature the likes of Kyle Kuzma, Jayson Tatum, Donovan Mitchell. Team World will include Luka Doncic, Ben Simmons and Laurie Markkanen.

Finally, this Sunday (Monday am, Philippine time), the NBA gods will sound the trumpet announcing the start of the 2019 All Star extravaganza. Who you got?