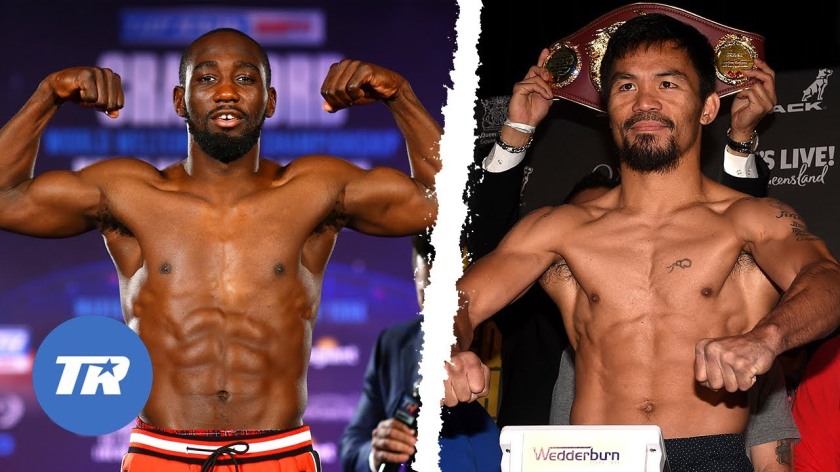 Things have changed drastically since my last article on Manny Pacquiao’s future in the ring. Suddenly, the rumor mills are alive once again, with a possible June bout against the dangerous Terence Crawford. If plans push through, it will be a June 5 fist fiesta in Abu Dhabi, in far-away United Arab Emirates.

Terence Crawford is the current WBO welterweight champion, having won the crown in 2018 via a sensational KO over erstwhile Pacquiao-conqueror, Jeff Horn. Crawford, nicknamed Bud, holds the rare distinction of having been recognized as the unified light-welterweight champion (crowned by the WBA, WBC, WBO IBF and Ring Magazine) from 2015 to 2017, a testament to his dominance over the rest of the field in his weight-class. He has won championship belts in 3 divisions: the lightweight, light-welterweight and welterweight divisions, demonstrating a freakish ability to bring his power as he went up in weight. His 28 KOs in 39 victories without a single loss is far better than Manny’s, although his rivals’ names may not be as impressive.

How do we see this fight going, if it does materialize as planned?

Crawford will have the age advantage. With Manny turning 43, and Bud at a prime 33, Father Time will have a significant say in the outcome of this bout. How much of Manny’s stamina and speed still remains will be the big question here.

Both fighters have outrageous power with both fists, as evidenced in their KO rates. Crawford is equally explosive using the southpaw or orthodox stance. He occasionally switches stance to confuse his opponents, and see how they fare against attacks from the left or right. Once again, I have Crawford coming out on top in the power department as well.

Mannny has better foot speed, as Crawford uses minimal lateral movement in hunting down his prey, owing to his long reach. We have witnessed Manny weaving in and out with more caution now, after that devastating mistake leading to that KO loss to Juan Manuel Marquez.

If this fight pushes through, I see Manny trying to get under the laser jabs of Crawford. He will have to get within range in order to detonate his own bombs. This will be like the epic Marvin Hagler- Tommy Hearns fight with Crawford playing the part of Hearns, throwing dynamite punches from afar as Manny tries to wade in. Manny will play the role of the shorter Hagler, needing to erase the reach advantage by coming in as the aggressor.

Here is where Manny’s defense will be tested. He will need to come closer. He cannot fight from the outside since Crawford has the better range. If Manny is able to dodge those stinging jabs, he will be in a better position to fight toe-to-toe. Question is: will he have the stamina to do that? The bout will no doubt be like the Hagler-Hearns bout, except that Pacquiao is much older now, unlike Hagler during that epic slugfest in 1985 dubbed “The War”.

For Manny, he will be fighting the power and stamina of Terence, plus the invisible hand of Father Time. What goes for him is his big fighting heart. Which is an intangible, invisible yet equally-powerful driving force as well.

For Terence, he will be up against the laterals, the experience and indomitable spirit of this icon named Manny, plus the unfamiliarity of the big-time spotlight. What he brings to the table are his power, his speed, his relative youth. Never knocked down, never beaten, he is oozing with so much confidence.

Who you got? My heart says it’s gonna be Manny. But my head says it’s going for Crawford.