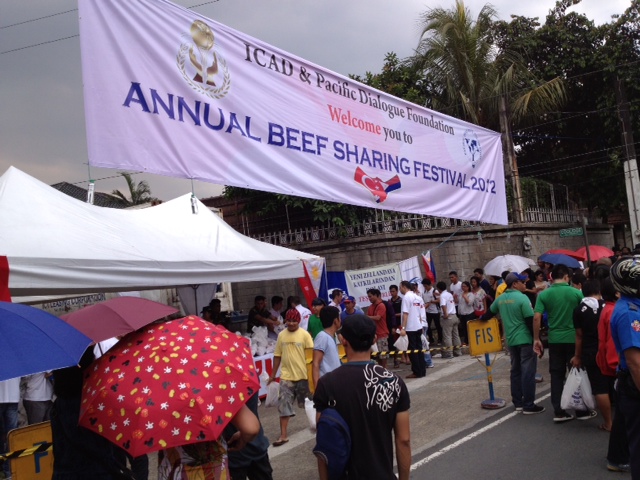 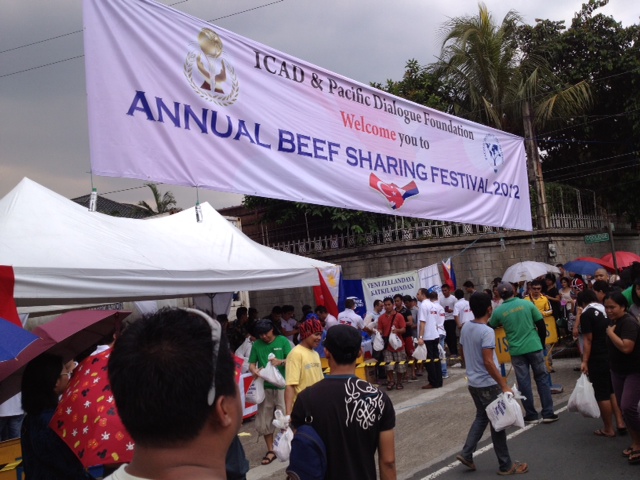 Over ten years ago, a Muslim teacher in the Filipino-Turkish Tolerance School in Zamboanga City slaughtered a cow and began distributing beef among his neighbors. This beef-sharing practice is a Muslim and Turkish tradition celebrated on the feast of Eidl Adha, in commemoration of Abraham’s willingness to sacrifice his son, Ishmael, as proof of his faith in God. Seeing Abraham’s obedience, God intervened and provided a lamb for Abraham to sacrifice instead.

The Muslim teacher distributed the beef not just among his fellow Muslims, but to others as well, as the practice involves dividing the meat into three parts: one for the family, another for the neighbors, and the third part for the needy people. He found the practice of sharing his blessings a wonderful experience, and he realized that he could do more. So he started calling his friends and relatives in Turkey, and later, from all over the world, to support him in this noble endeavor.

Today, more than a decade after, this beef-sharing festival has grown by leaps and bounds. From the original one cow on Year One, the program is now providing 1,200 cows for distribution. From the sole distribution center in Zamboanga City, they now have other distribution centers in Manila, Cebu, Davao, Lanao Del Norte and Basilan. From one sole teacher-philanthropist in Zamboanga City, we now have hundreds of supporters and funders from Turkey, Germany the United States, Korea, and so on. Hence, from roughly a hundred or so beneficiaries, the program has grown and now forecasts 30,000 plus beneficiaries in all, for this year alone.

This noble program is now jointly sponsored by the Integrative Center for Alternative Development (ICAD) under its President, Mr MALIK GENCER, and the Pacific Dialogue Foundation (PDF) under Pres FERHAT KAZKONDU. It is ably supported by the Turkish Chamber of Commerce in the Philippines (TCCP) under its President Mr IRFAN KARABUUT. These three dynamic gentlemen worked hard together to ensure the continuity of the program, from the funding side to the partnership building to the identification of beneficiaries to the distribution of the beef. 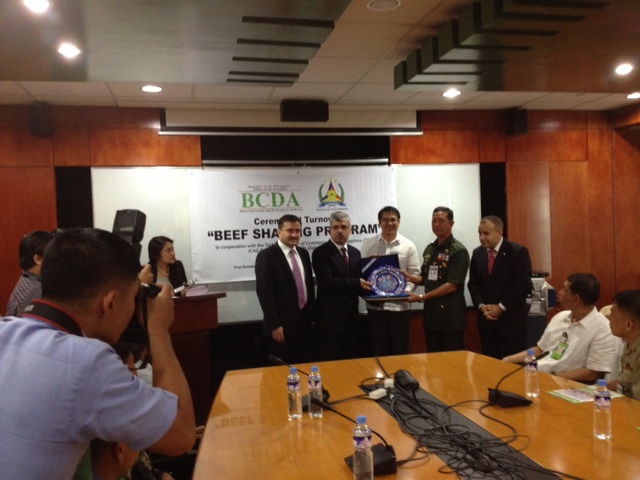 The ICAD Foundation is a private, non-stock, non-profit organization established in the Philippines in 1996. ICAD administers the Filipino-Turkish Tolerance School in Zamboanga. It has four schools in the Philippines, 2 offering elementary and 2 high school education. Other than its advocacy to provide quality education, ICAD was established to extend assistance and show concern for the welfare of the less fortunate. As such, ICAD has been fulfilling its social responsibility through different means of charitable work and service to the community. For the last 13 years, the Foundation has provided beef to thousands of poor families in its many distribution centers. Very recently, ICAD representatives traveled to New York with DepEd Secretary Armin Luistro to receive an award for its efforts to bring peace and harmony between the Muslim and Christian brethren in Zamboanga City.

Partnering with ICAD is the PDF, a sister foundation. PDF is composed of predominantly Turkish citizens in the Philippines who wish to promote common values such as understanding, tolerance, respect and compassion within our local communities. PDF was established in 2011 and has played an active role in the efforts to promote better understanding among Muslims and Christians. 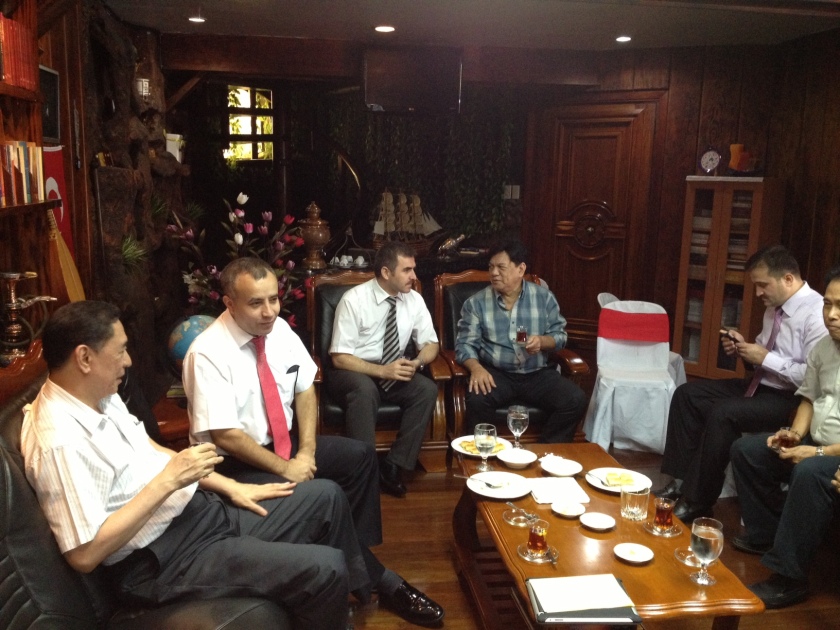 Last Friday, Nov 3, thousands of beneficiaries, Christians and Muslims alike, lined up patiently at the ICAD Center in San Juan, Metro Manila. In spite of the hot sun, everyone was in high spirits. The lines stretched three blocks from the distribution point, but they moved quickly enough, with the help of volunteer policemen who handled crowd-control and the traffic. Also present were AFP soldiers provided by BGen JOHN BONAFOS, who helped the PDF personnel in handing out the three-kilo packs of beef. These are indeed poignant examples of friendship and care for our fellowmen. This will go a long way in fostering Muslim-Christian relations in the Philippines.

To the ICAD and PDF Foundations, as well as the TCCP, our heartfelt thanks for this touching gesture of unity and hope. 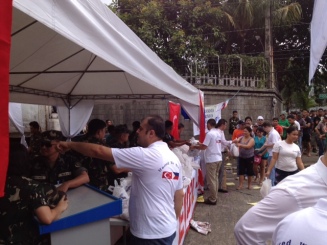 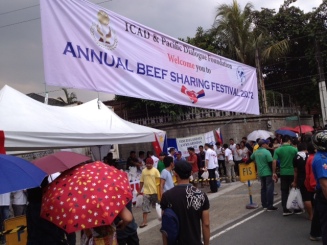 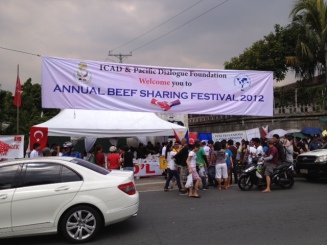 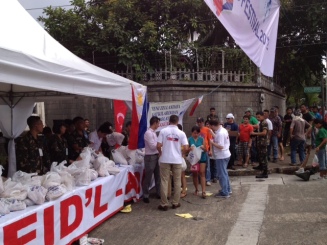