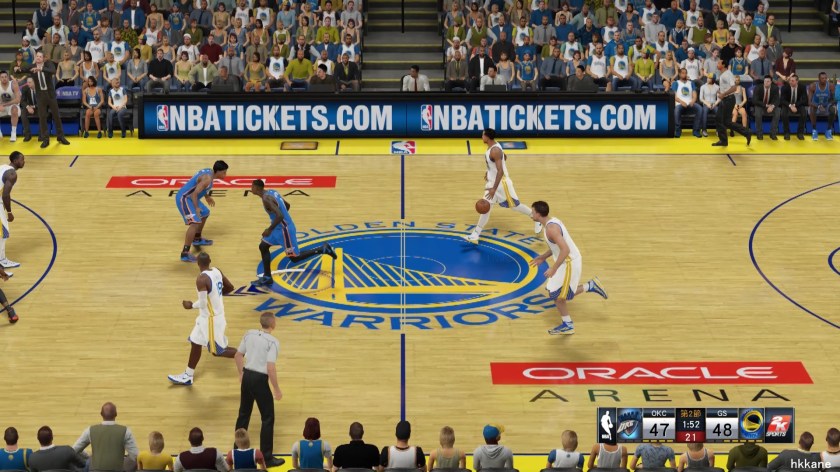 The Golden State Warriors have just suffered their second lopsided defeat in a row 118-94. With their first back-to-back loss ever for this year, the Warriors are suddenly just 1 game away from elimination in the NBA Western Conference Championship!!!

Yup, that Golden State. The defending champion Golden State. The Golden State that ripped apart the opposition in the regular season with a mind-boggling record of 73 wins. Eclipsing the 72 wins of the legendary Michael Jordan-led Chicago Bulls of 1996. Which incidentally went on to win the crown oh-so dominantly that year.  The Golden State which has a first-ever unanimous MVP awardee in that wizard, Stephen Curry. The same Golden State which mesmerized everyone with buzzer-beating halfcourt heaves, and whose game-changing ‘3-point first’ philosophy is so revolutionary, it has practically changed the mentality of the next generation basketeers.

Yeah, after proudly unveiling a visionary mindset, after capturing the imagination of everyone who has ever tried this dribble-and-shoot game, after winning every small player’s heart with its ‘size doesn’t matter’ ideology, it seems that Golden State’s aura of invincibility has finally been pricked.

The Golden State Warriors had dazzled brilliantly in last year’s Finals when it unveiled a small-ball line-up. This key adjustment literally had King LBJ and his knights huffing and puffing in the Warriors’ trail. Then Cleveland coach David Blatt tried matching up, but this ploy failed miserably. This year though, OKC’s Billy Donovan’s antidote to the small-ball has been rather simple:  ‘long-and-lean’. A taller, yet equally fast team. He reckoned that a fast tall team will always trump a fast small one. And, oh by the way, he luckily had the right tools to do just that.

Thus, the Warriors’ ‘rain-those-threes’ is about to be dealt a death sentence by the good ole ‘run-and-gun’. Steph and his band of sharpshooting Hawkeyes seem to have found a more-than-worthy match in Russell Westbrook and his nimble-footed Quicksilvers. Russell has been that pesky speedster messing up plays, denying clear rebounds, leading the break and practically keeping the ball away from Warrior hands. You can’t shoot for the bullseye if you can’t outspeed them.

When all is said and done, while it is true that Steph hasn’t been providing MVP-worthy numbers – and some say this is due to injuries – credit will have to go to Russell, Kevin Durant and the rest of the Thunder crew. OKC has been dictating the tempo in this series. It has forced Golden State to react to their speed, and the Warriors are trying to slow down to a tempo that is definitely not their own. It is this uncharacteristic departure from the true Warrior form that is doing them in. If Steph and the Warriors are to return to the warpath, they must go back to what they know best. That is to pick up the pace, and look for some space. They need to get back to that rhythm. With a little patience, and a ton of heart, they can still make a match out of this one.