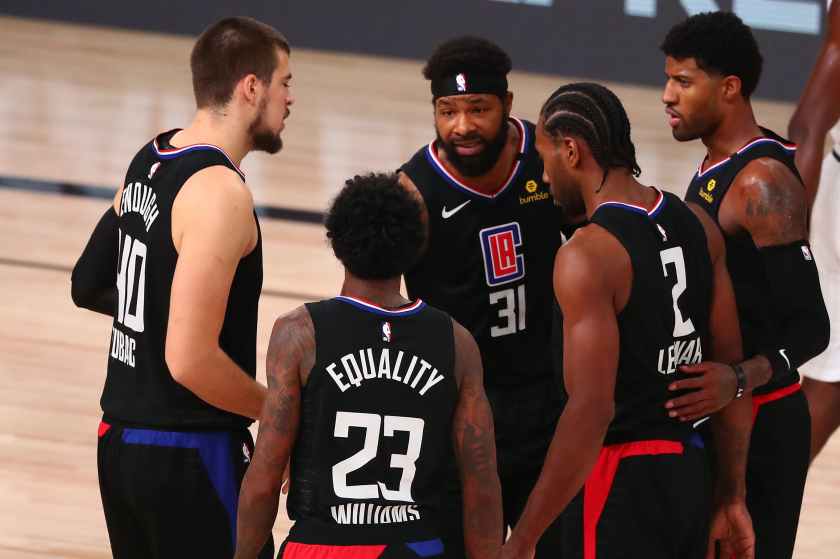 The Los Angeles Clippers have no one to blame but themselves for the mess they are in. Up 3-1 against the seemingly exhausted Denver Nuggets, they are now tied 3-apiece. That means they’re just a game away from moving forward to the Conference Finals. (Which has been so since the score stood at 3-1.) But now a game away as well from being banished from the Bubble. (Which has now been so after getting blitzed twice in 2 consecutive seemingly-won games.)

For the casual fan, it is a simple sudden-death game where the winner remains, and the loser gets eliminated. For those who live and breathe basketball, it is more than that. It is not just about winning and losing. It is about passion, pride, self-worth and all that jazz.

The LA Clippers arrived in the the Bubble with the highest of expectations. Having acquired 2 of the league’s top players in Kawhi Leonard and Paul George, expectations were high that the team would be in the race for the long haul.

Until they ran into a stubborn Denver Nuggets team that didn’t seem to know the meaning of fear.

Denver had struggled in the Bubble Restart due to injuries to key regulars Jamal Murray, Jerami Grant, Will Barton and Gary Harris. At the start of the playoffs however, these players, except for Will Barton, were already ready to suit up. With a slimmed-down Nikola Jokic, arguably the best point-center in the league today; plus a vastly improved Michael Porter Jr, this team was developing a habit of getting the crunchtime wins. And this manifested itself in the series against the Utah Jazz. Outgunned 1-3 in that mano-a-mano duel and on the verge of being pastured out, the Nuggets crawled back to nip the Jazz 4-3 using a magical 3-win run.

Against the Clippers, the Nuggets once again dug themselves into a 1-3 hole, before waking up and leveling the series at 3-3. But with the score tied at 3-apiece, the pressure now is more on the Clippers as opposed to the Nuggets. With so much high expectations on the Clippers, a loss will not only hurt personally for Kawhi and the rest, this will be a big blow to the team psyche. Hence, it is truly a must-win game for the Clippers.

But what really happened that made the heavily-favored LA Clippers falter? Not just once, but twice! In Game 5, they led by as much as 16 points in the third quarter before the Nuggets crept in. In Game 6, the lead went as high as 19 points in the 3rd quarter once again, and then the Nuggets went to work. What happened to the Clippers that caused that sudden inability to score against a team that was supposedly on the ropes?

First, the Clippers began playing ‘not to lose’ in the 3rd quarter of both games, thinking that the lead was comfortable enough to simply cruise through. Unfortunately, the Nuggets have more than enough 3-point shooters to make even a 20-point lead look like peanuts. The Nuggets were able to seize control of the tempo of the game, making the Clippers react accordingly. However, as the Clippers slowed down their offensive pace, the Nuggets were able to switch easily and even fortify their defenses. Thus, this would result in contested shots, hurried attempts, and hence, lower shooting percentages and lesser rebounding opportunities for the Clippers. That said, the Clippers should resist the urge to slow down the pace, considering they have a deeper bench that can be rotated fast. Big lead or not, they should keep attacking, keep putting pressure on the defenders.

Next, when the Clipper defense were able to position themselves on time, the Nuggets would go to their favorite pick-and-roll tandem using Nikola Jokic and Jamal Murray. Borrowing this from the Utah Jazz playbook featuring Donovan Mitchell and Rudy Gobert, the Nuggets displayed a full range of variations with the play, totally confusing the Clipper defense. The Clippers should devise new defensive alignments to stop Murray from executing this play. They should designate someone to hound Murray in the same manner Kemba Walker was neutralized by the Raptors in Games 3 and 4 of their series. Or similar to how Oklahoma’s Luguentz Dort hounded James Harden in their series.

And there lies my next observation. The Clipper defense was so predictable that the Nuggets knew exactly how to make them react. Coach Doc Rivers needs to employ new defensive alignments the way Coach Nick Nurse and Coach Brad Stevens have done with their respective teams. Mixing up the defensive strategy will – at the very least – momentarily stymie the offense. The Nuggets are heavily invested on the Jokic-Murray pick and roll, hence there should be varying solutions prepared to combat such.

That said, the defense should remain aggressive at all times. They should never allow the Nuggets to gain back the confidence to play loose.

Once the defense has clamped down, the offense will naturally follow. The offense will be able to run faster, the ball will rotate more easily, the fluidity will lead to more open looks, and this will translate to a higher field goal percentage.

The Clipper offense for the most part of the 4th quarter of their last 2 games has been very tentative, and looked very forced. Lou Williams can run this motion offense faster, and create great opportunities. His drive-and-draw and pick-and-pop can provide variations to Kawhi’s drives and George’s outside snipes. Variations on the offense, which the Clippers missed during those drought period, is what they need right now.

There is so much at stake for the Clippers in this game. After the massive investment to bring in Kawhi, George, Marcus Morris and the rest, a loss now will be a huge downer. Coach Rivers will have to get this team mentally and physically prepared to do battle. Failing that, this could be the end of the Clippers’ title dreams for the years ahead.